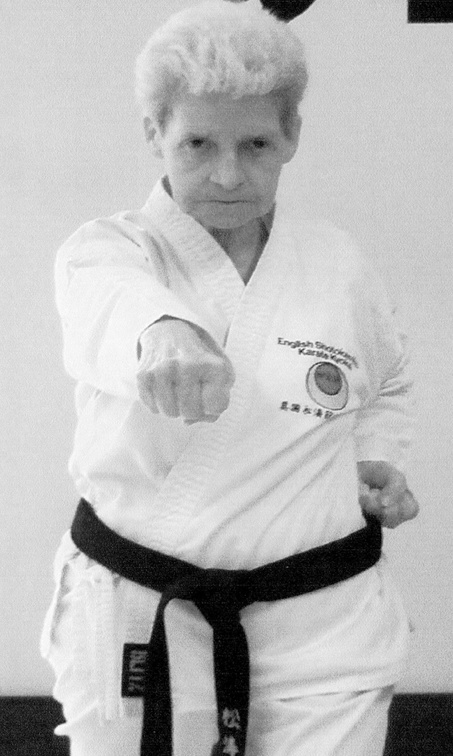 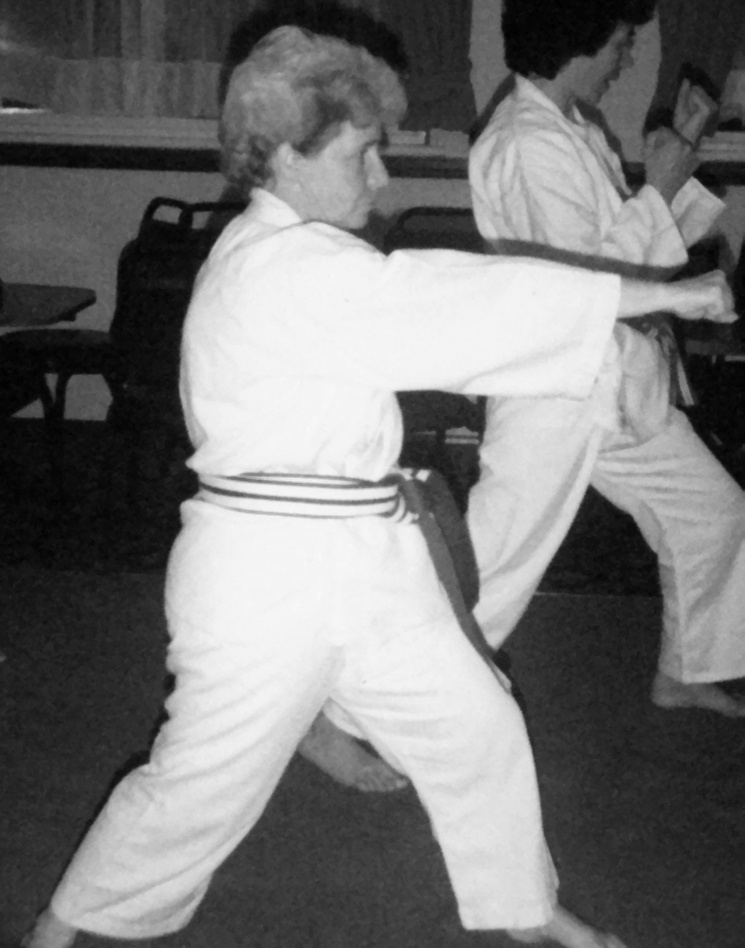 Sheila Thurlow Sensei, 6th Dan started her Karate career in 1987 at the tender age of 47, coming into her Son, Kevin Thurlow-Criss’ Dojo wearing a DoGi and stating that “Anything a Son can do, a Mother can do better!” She trained hard from that time, several times a week, under the tutelage of Graham Brooks 4th Dan and her Son Kevin Thurlow-Criss (1st Dan at the time). Sheila took part in as many competitions and courses as she could and this all lead to her achieving her Shodan (1st Dan) rank in July 1992 at the age of 52. Sheila continued to train hard and achieved Nidan (2nd Dan) rank in July 1995 at the age of 55. Her grade was validated at the time by the English Karate Governing Body (EKGB) proving that her dedication to Karate and her ability were genuine. Shortly after attaining her Nidan rank, Sheila Sensei took it on herself to train as a Karate Competition Judge and Referee and gained her Scorekeeper/Timekeeper award, in 2000. She went on to gain her National Judge award in 2001 and then her National Referee award in 2003. 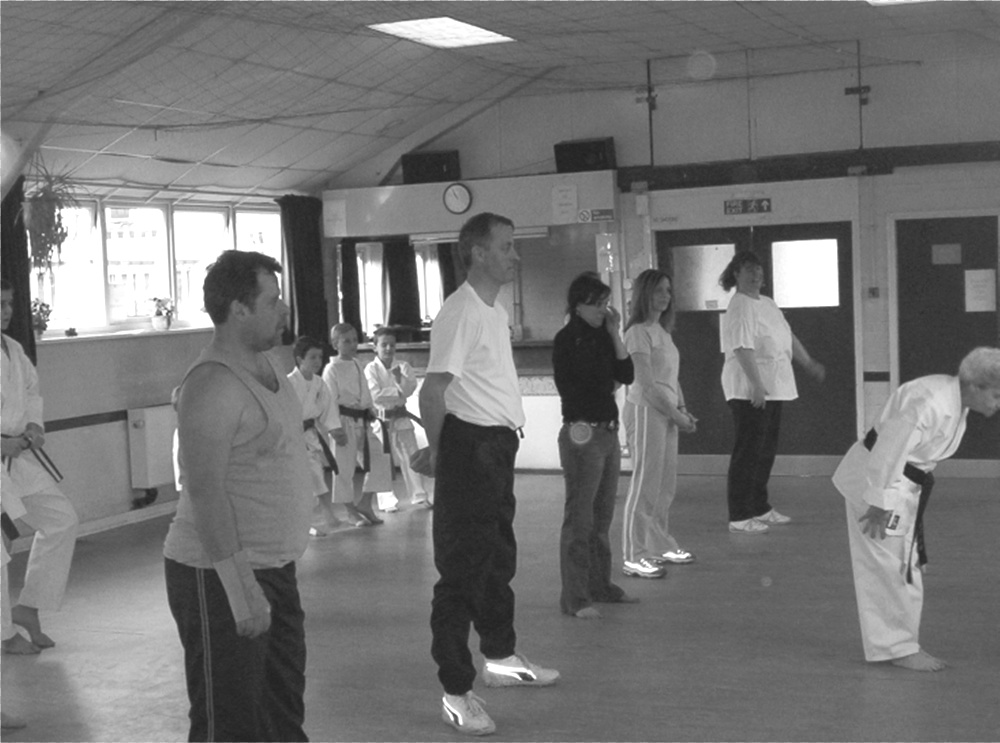 Sheila Sensei teaching in the early days of the Mayplace Dojo

Sheila Sensei opened her own Dojo (Mayplace Road, Bexleyheath) in 2001 and continued to teach there until its closure in 2013. Many of the Dan grades within the Association started in this Dojo with Sheila Sensei and it was here that the Shoto-Tiger Group was created (special group for the under 6’s) in 2006 with the assistance of Janice Jones (Mother of Amy Twycross, then Jones 2nd Dan)
During the years of 2001 and 2007, Sheila Sensei enrolled in the EKGB Instructor Training Programme and went on to be assessed by the EKGB and licenced as a recognised National Karate Instructor, a great achievement for her, especially starting Karate later in life. Sheila Sensei also had the honour of officiating at a number of National Competitions both as a Table Official and also as a Kumite and Kata Judge. She also graded to the rank of Sandan (3rd Dan) in October 2001. 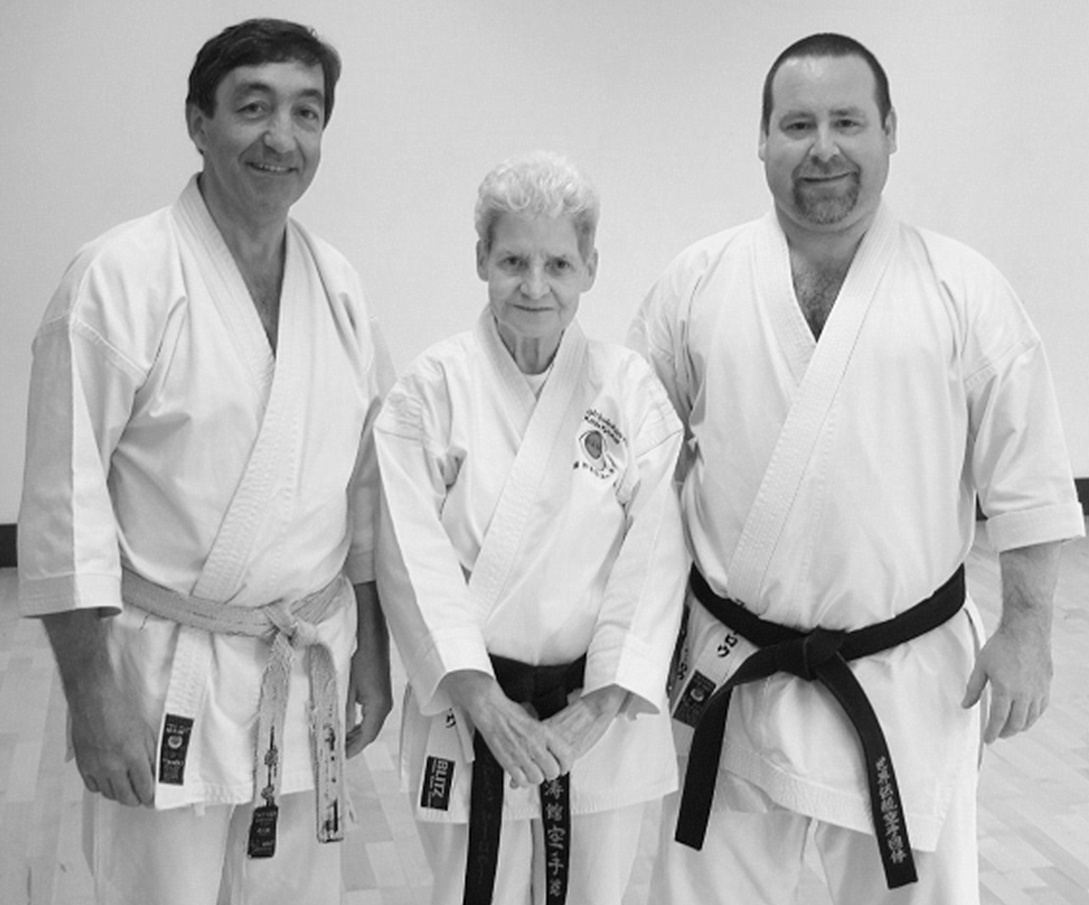 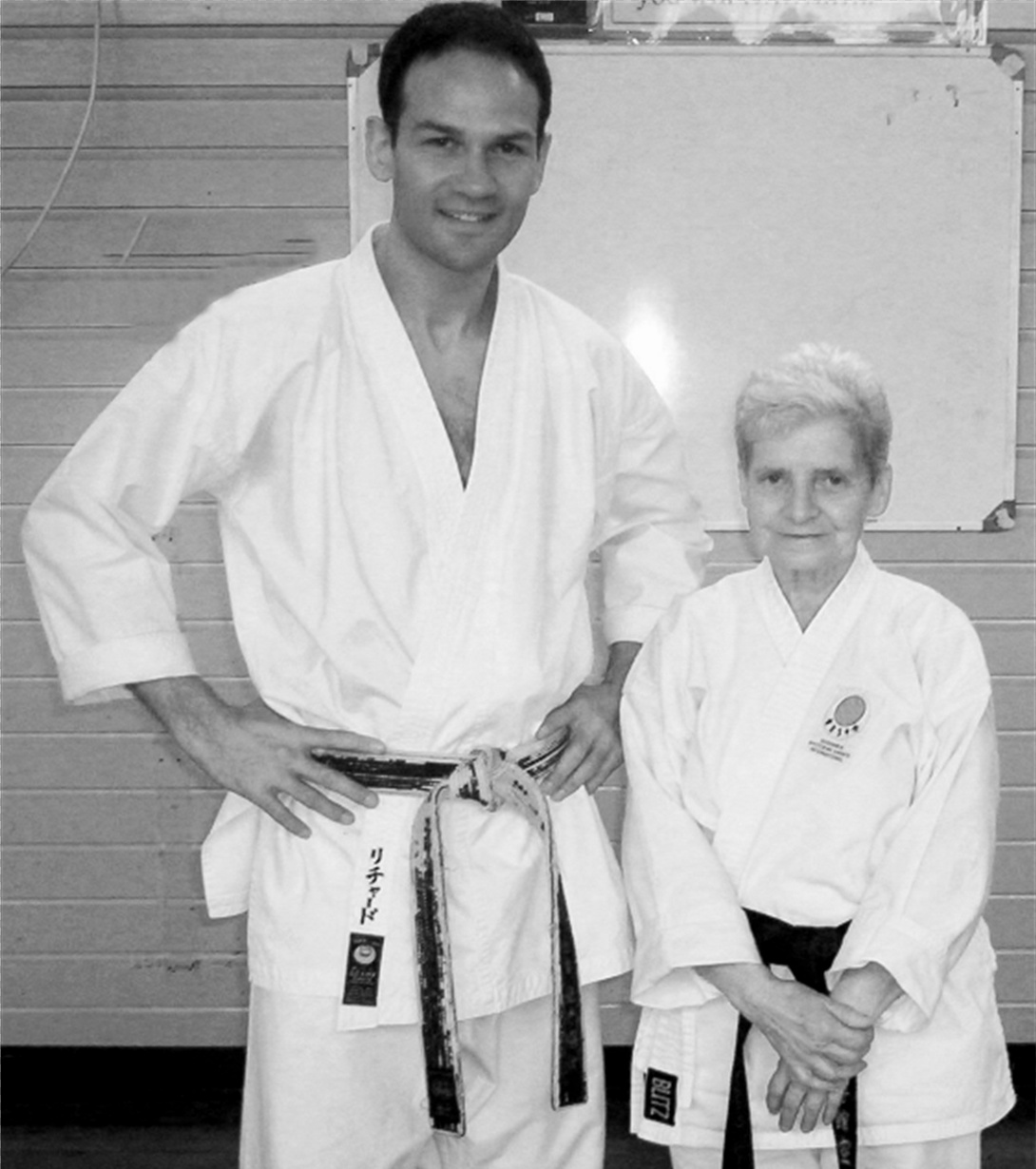 When her Son Kevin Thurlow-Criss split from his group at the time to start his own independent Association, in 2007, Sheila Sensei became Deputy Chief Instructor to the Association and was examined and graded to the rank of Yondan (4th Dan) in March 2008. Sheila Sensei continued to train in her own Dojo until 2013 as well as assisted Kevin Sensei in his Honbu (Head) Dojo in Sidcup. Sheila Sensei worked hard in the Dojo, determined to progress as far as she could within Karate and trained with many top instructors such as, Kanazawa Sensei, Namiki Sensei, Sugimoto Sensei, Colin Putt Sensei, Jan Knobel Sensei, Richard Amos Sensei, Dave Hooper Sensei, Simon Oliver Sensei, George Best Sensei and Scott Langley Sensei, to name but a few. Between 2007 and 2013 Sheila Sensei undertook a second Instructor Training Programme within the Shotokan Ryu Karate Kyokai Kokusai (SKKK) based on that of the Japan Karate Association, validated by the World JKA Karate Association (WJKA) and in 2008 was awarded her International ‘C’ level International Instructor, Examiner and Judge qualification. 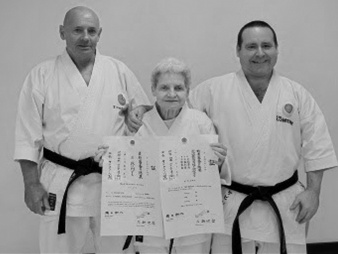 In 2013, Sheila Sensei graded for her Godan (5th Dan) rank and at the age of 72 took a physical examination together with a written thesis and oral examination under the scrutiny of Jan Knobel Sensei (9th Dan), Chief Instructor of the WJKA—an examination that was successful and also earned her promotion to ‘B’ level International Instructor, Examiner and Judge. In 2018, Sheila Sensei was further honoured by having her 5th Dan rank acknowledged by the International Shotokan-Ryu Karate-Do Shihankai (ISKS) - the international council of Shotokan Masters and presented with the title of ‘Saiko Shihan’ meaning International Master and one of less than 140 people worldwide with this honour. 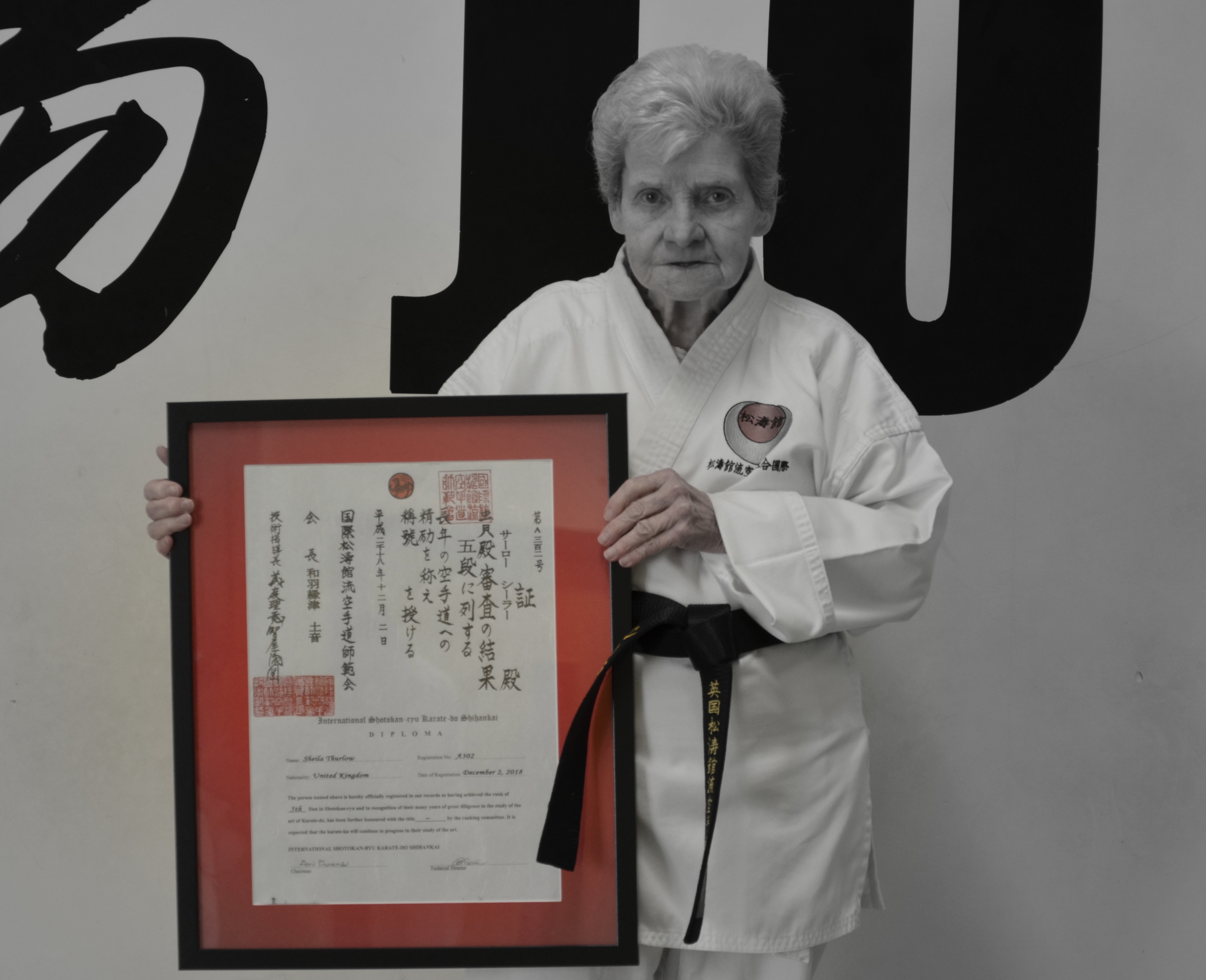 Sheila Sensei continued to train with her regular and guest instructors right up until this year, 2020 when Covid lockdown struck the Dojo, and even at this point she joined in with online Zoom classes both with Kevin Sensei and also with Colin Putt Sensei—at the age of 79. Sheila stopped training in August 2020 when she fell ill with cancer and sadly passed away in October 2020 leaving behind a great legacy within SKKK and the Shotokan World. Sheila was posthumously awarded her Rokudan (6th Dan rank) in November 2020, a rank that she was training hard for physically right up to the time of her illness and death. 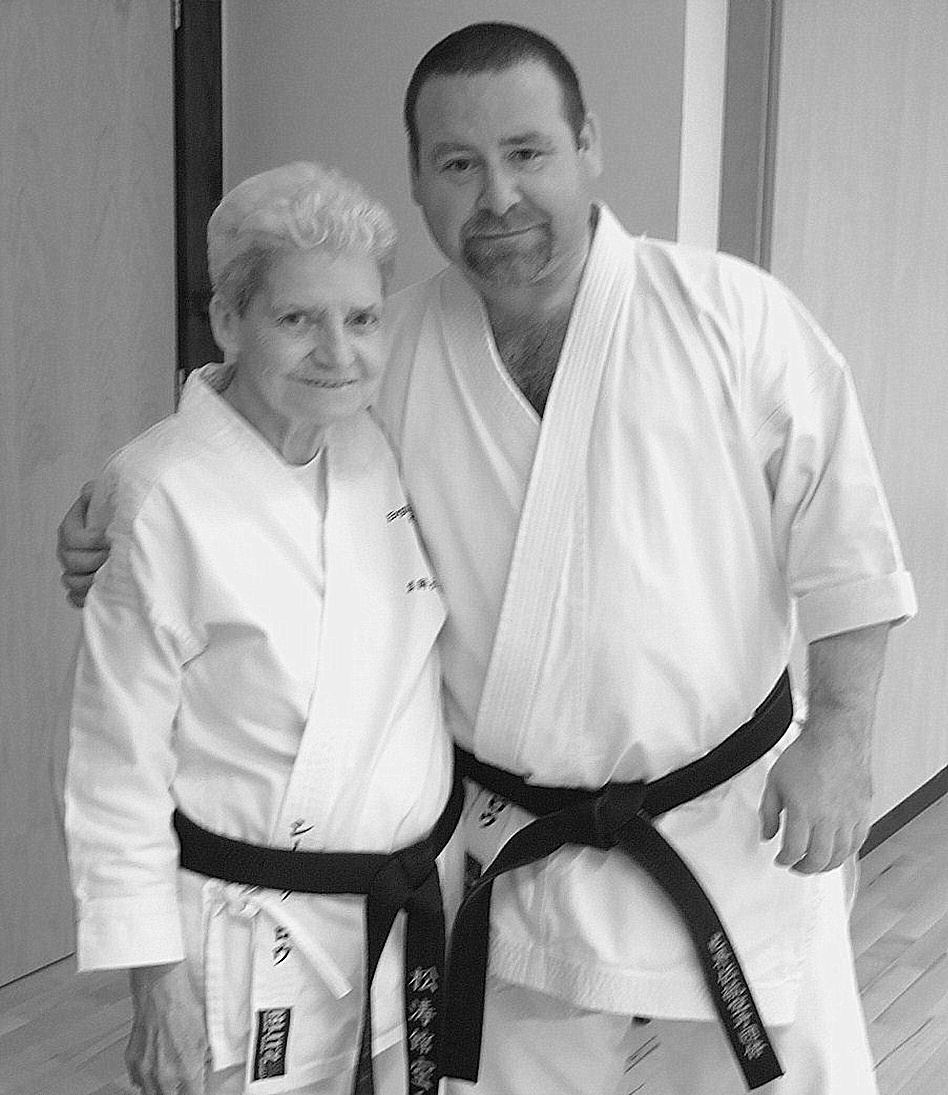 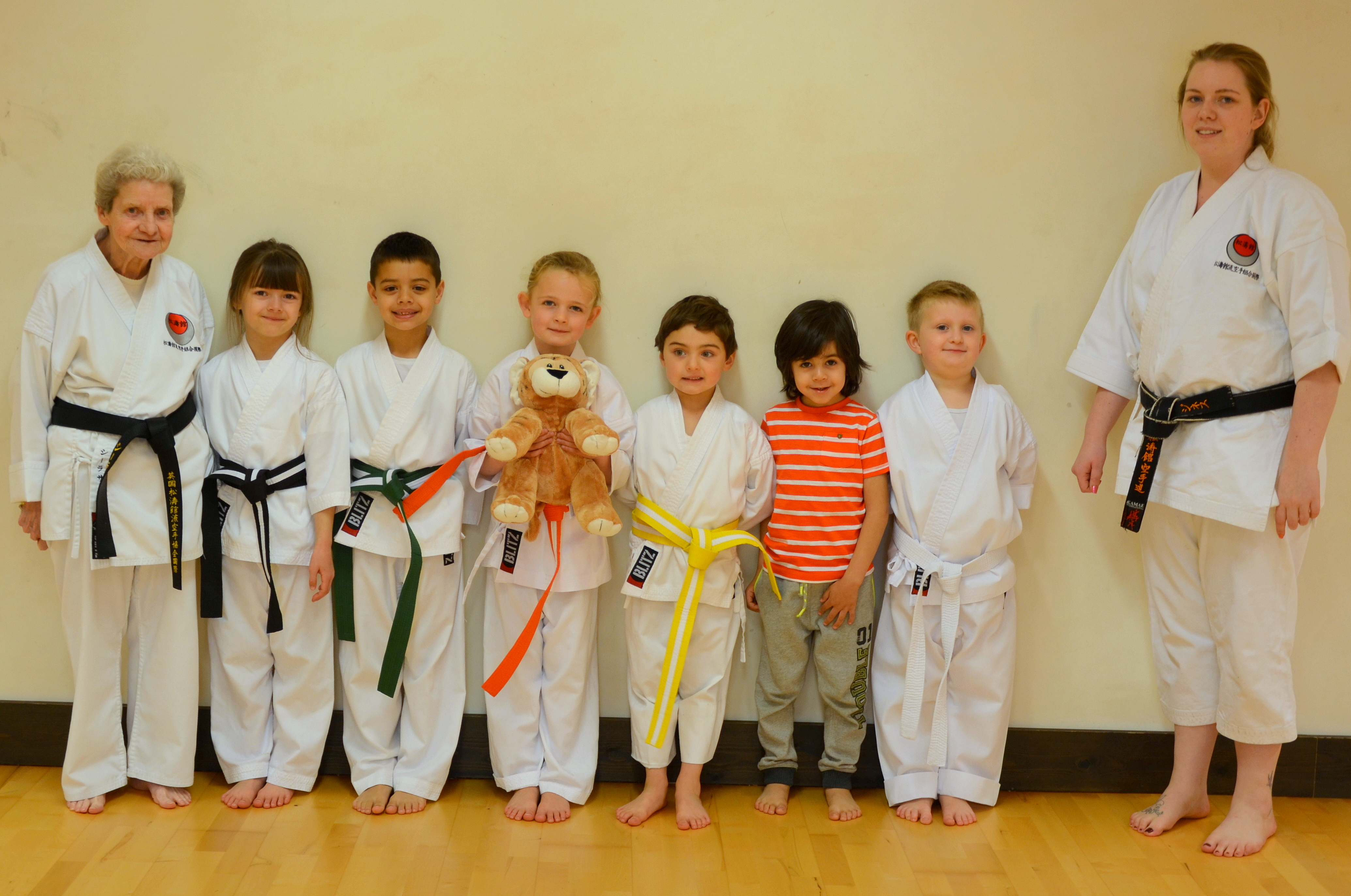 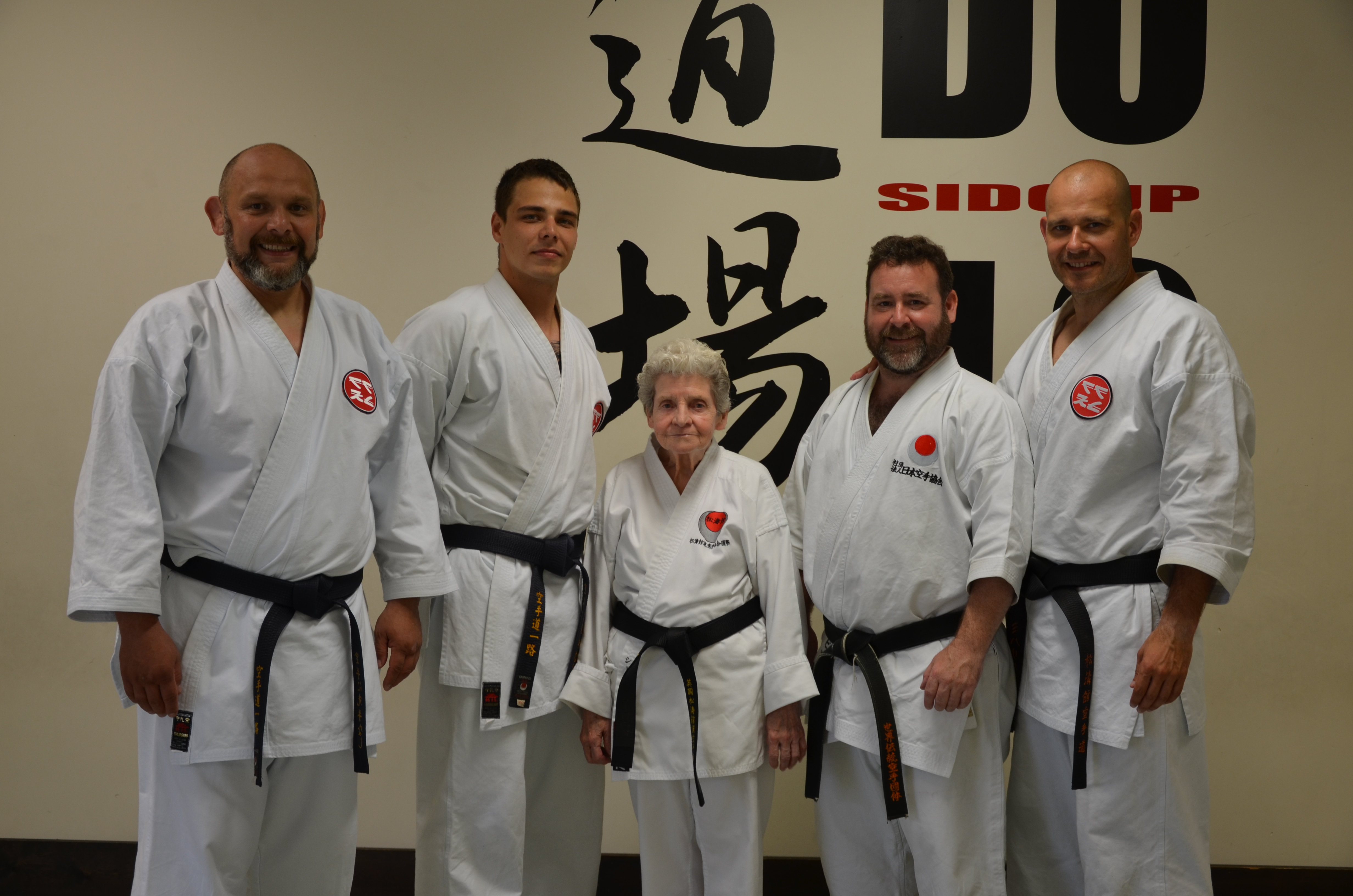 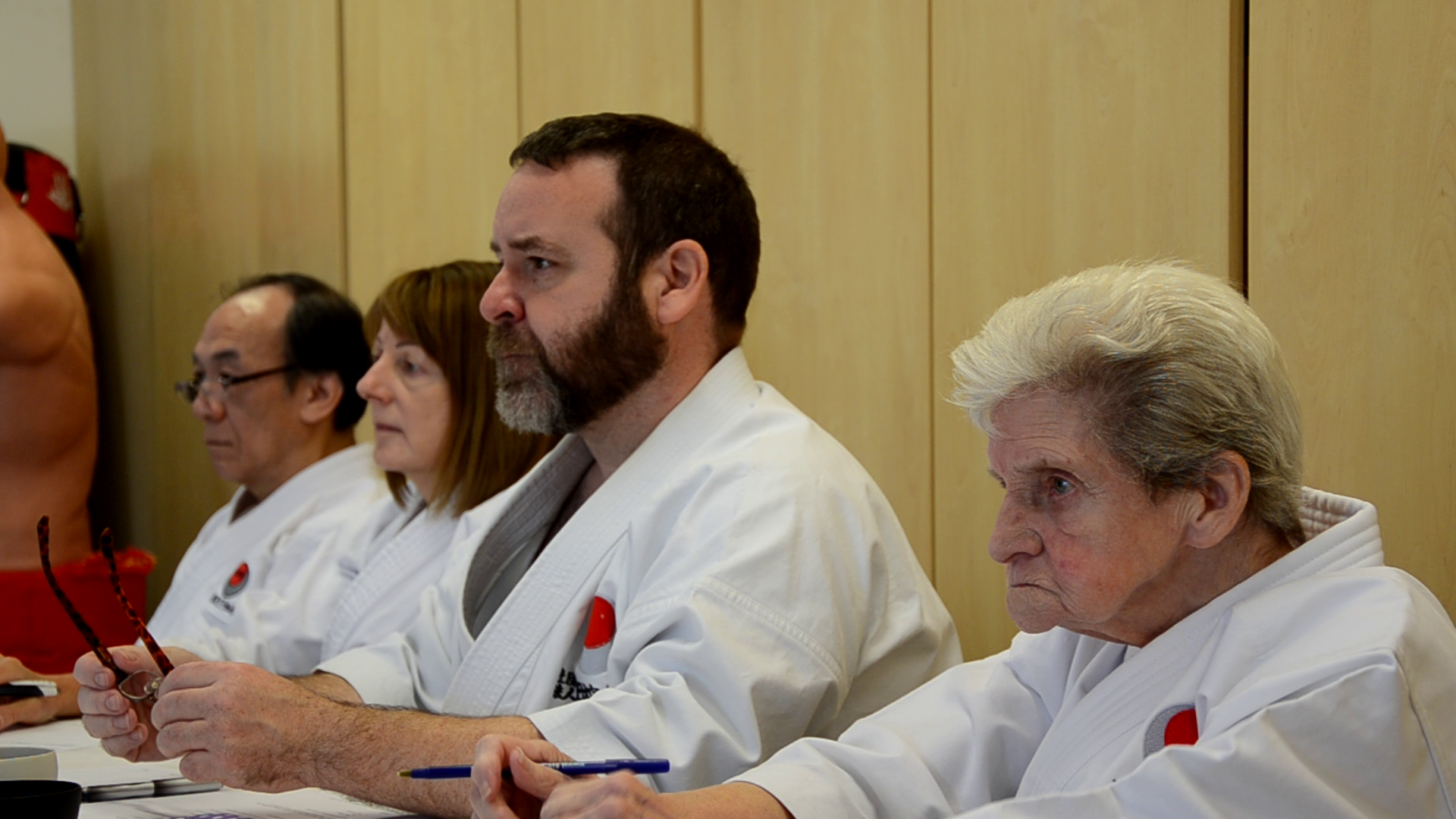 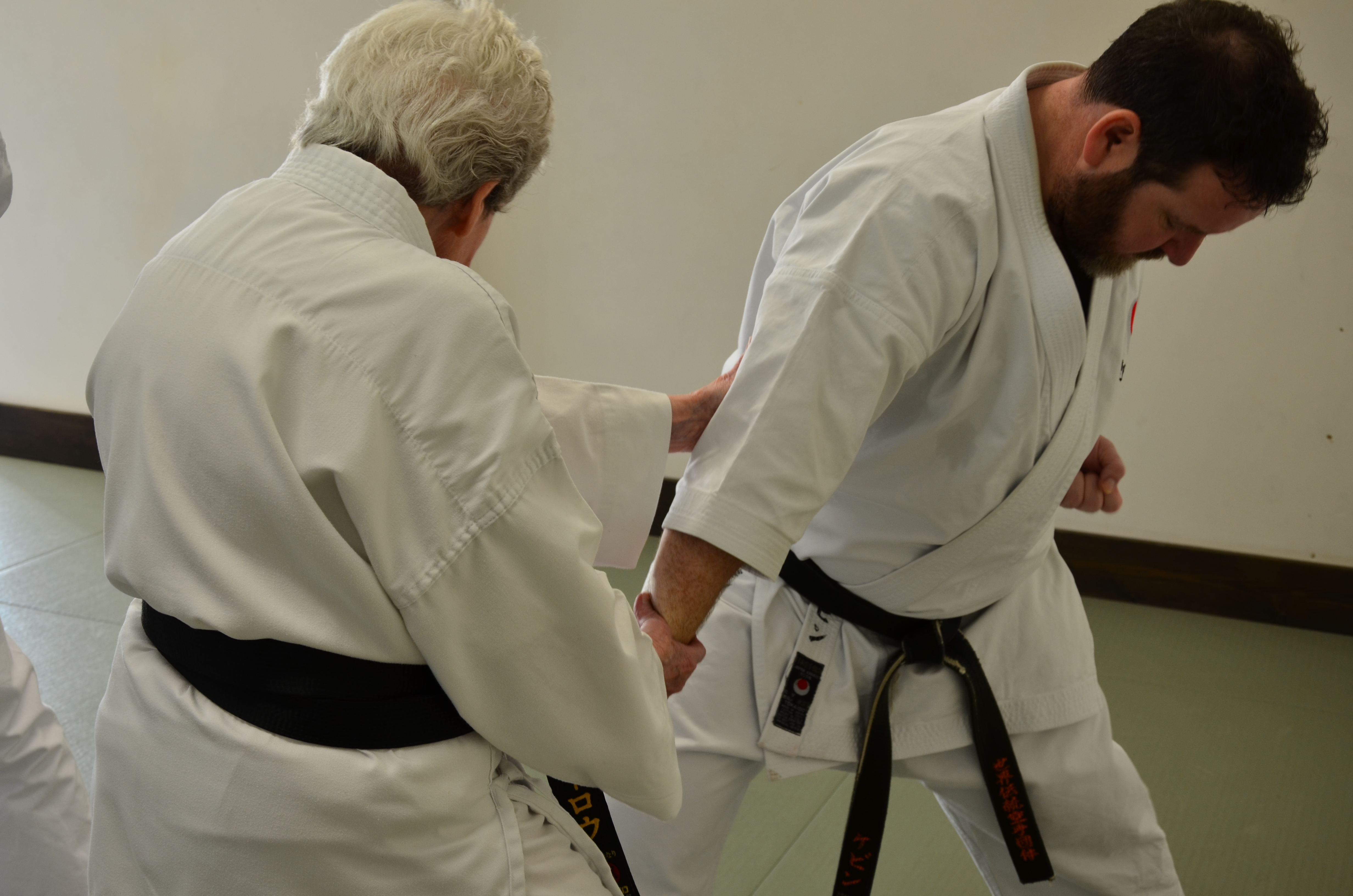 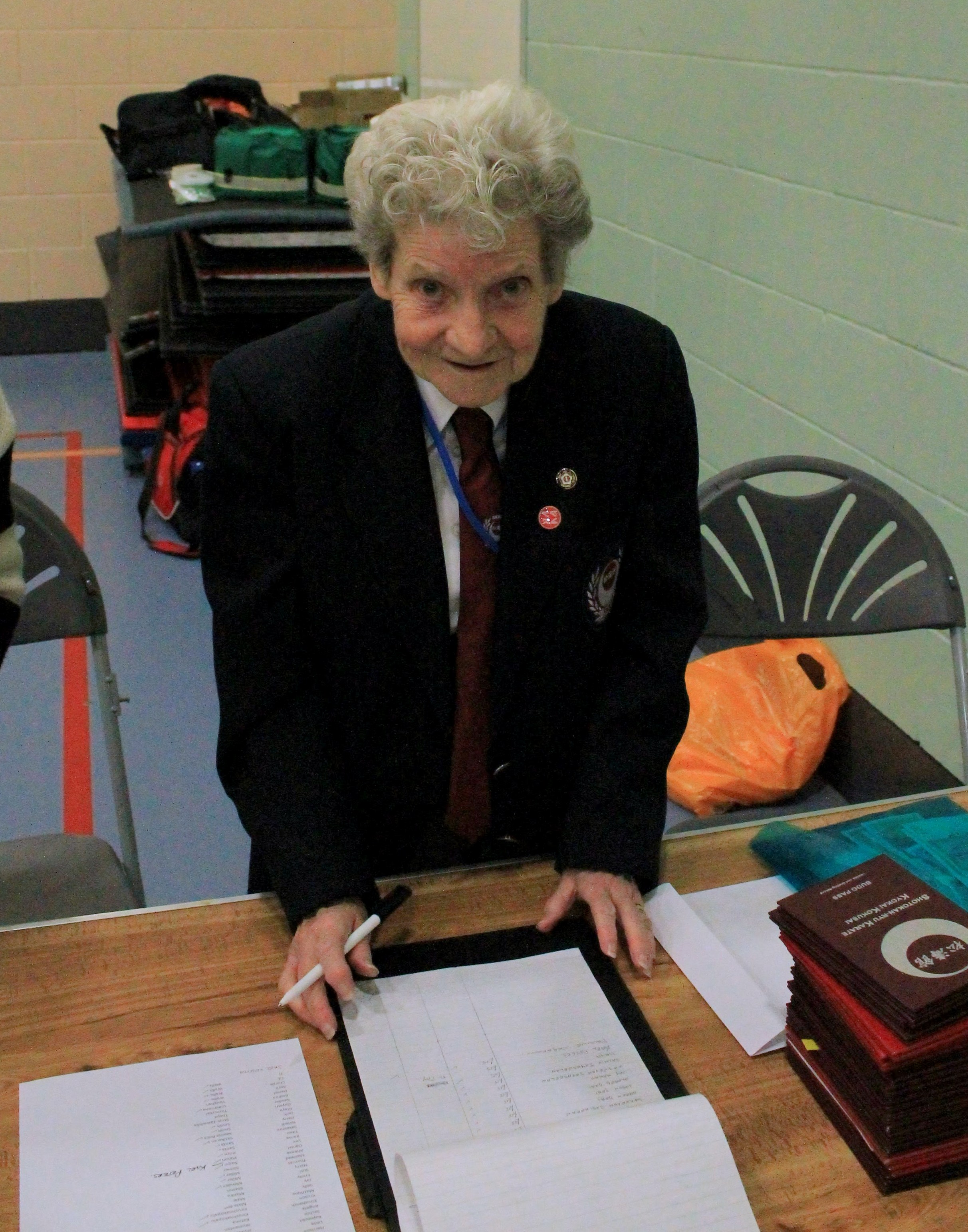 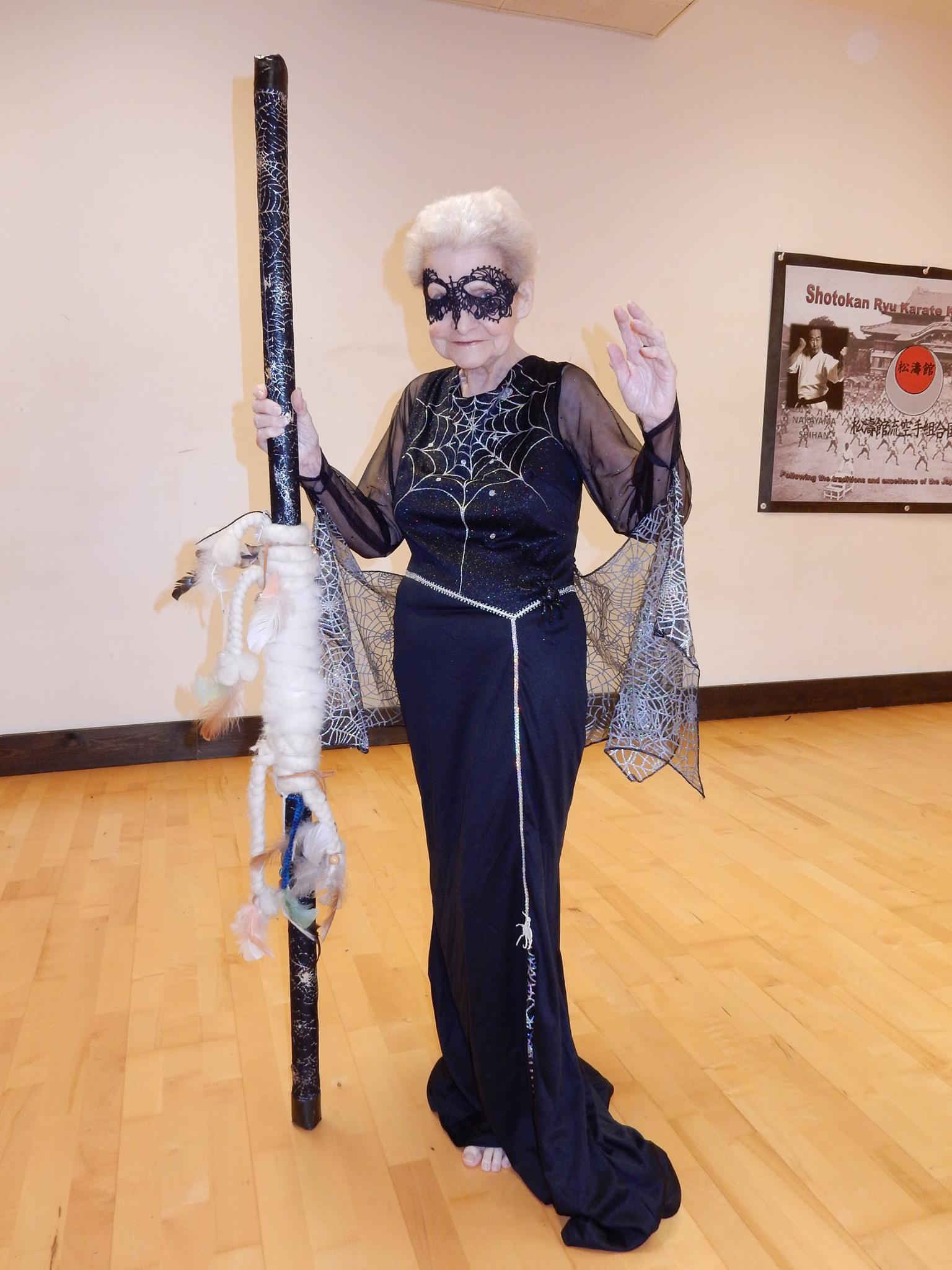 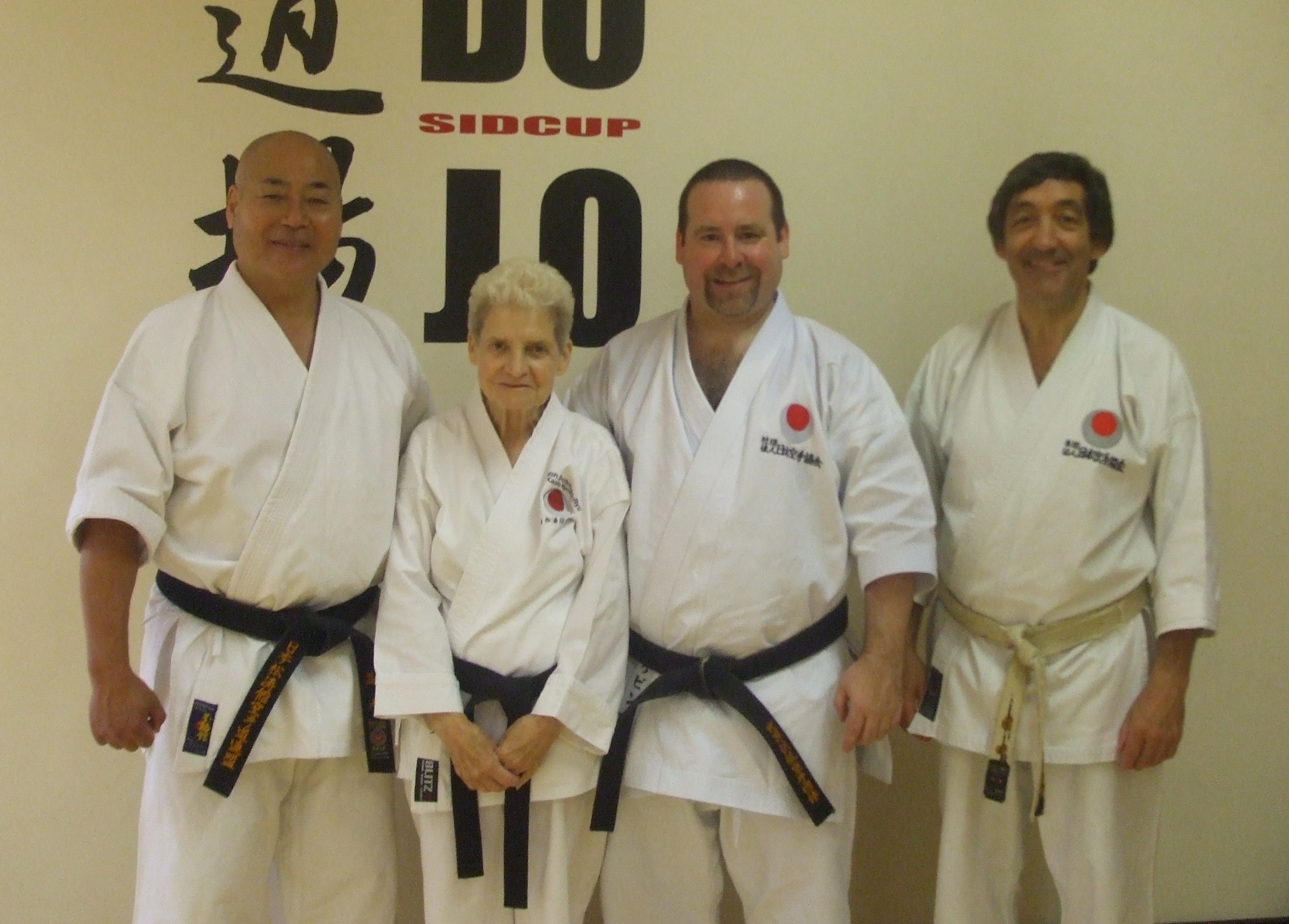 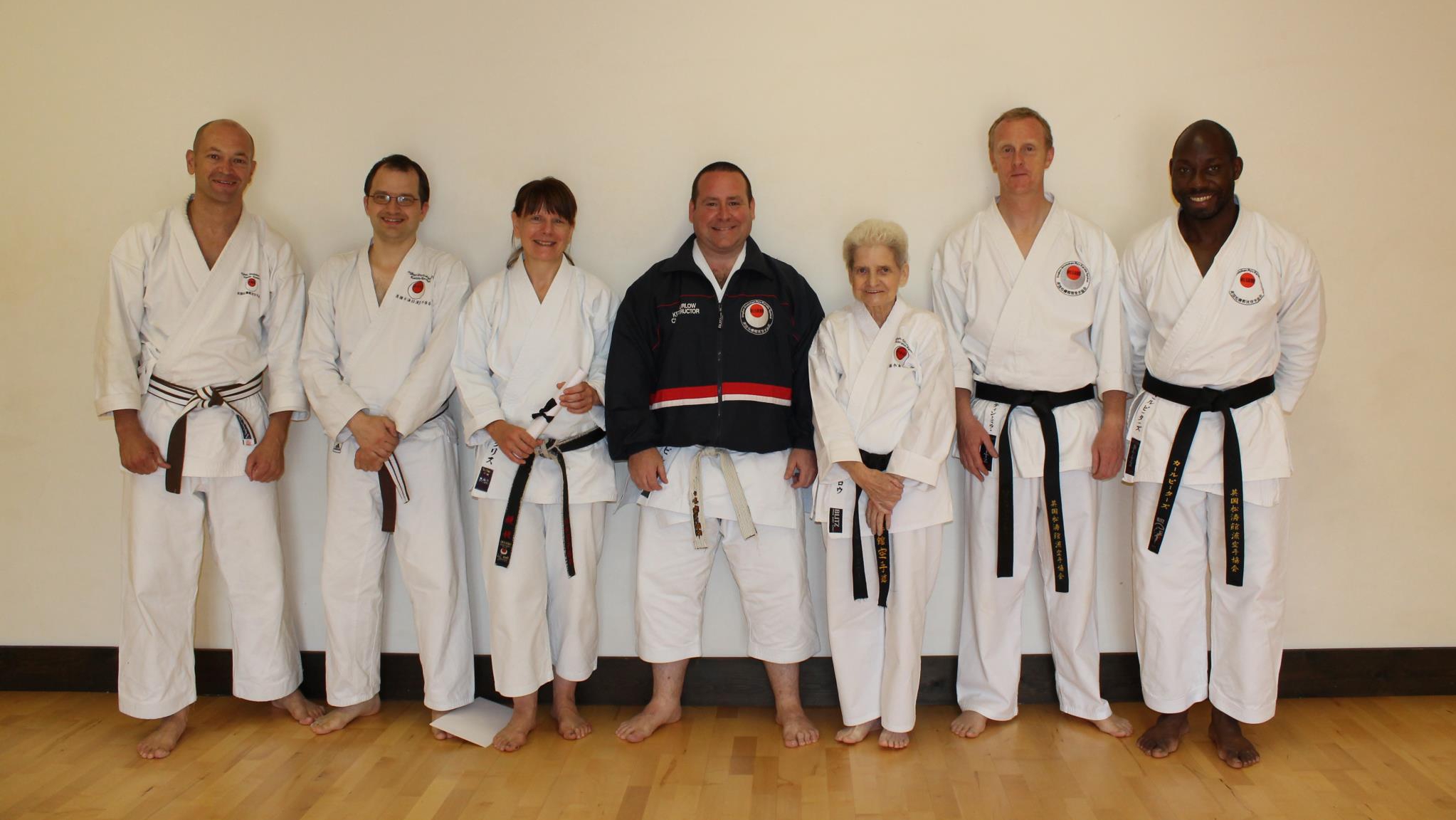 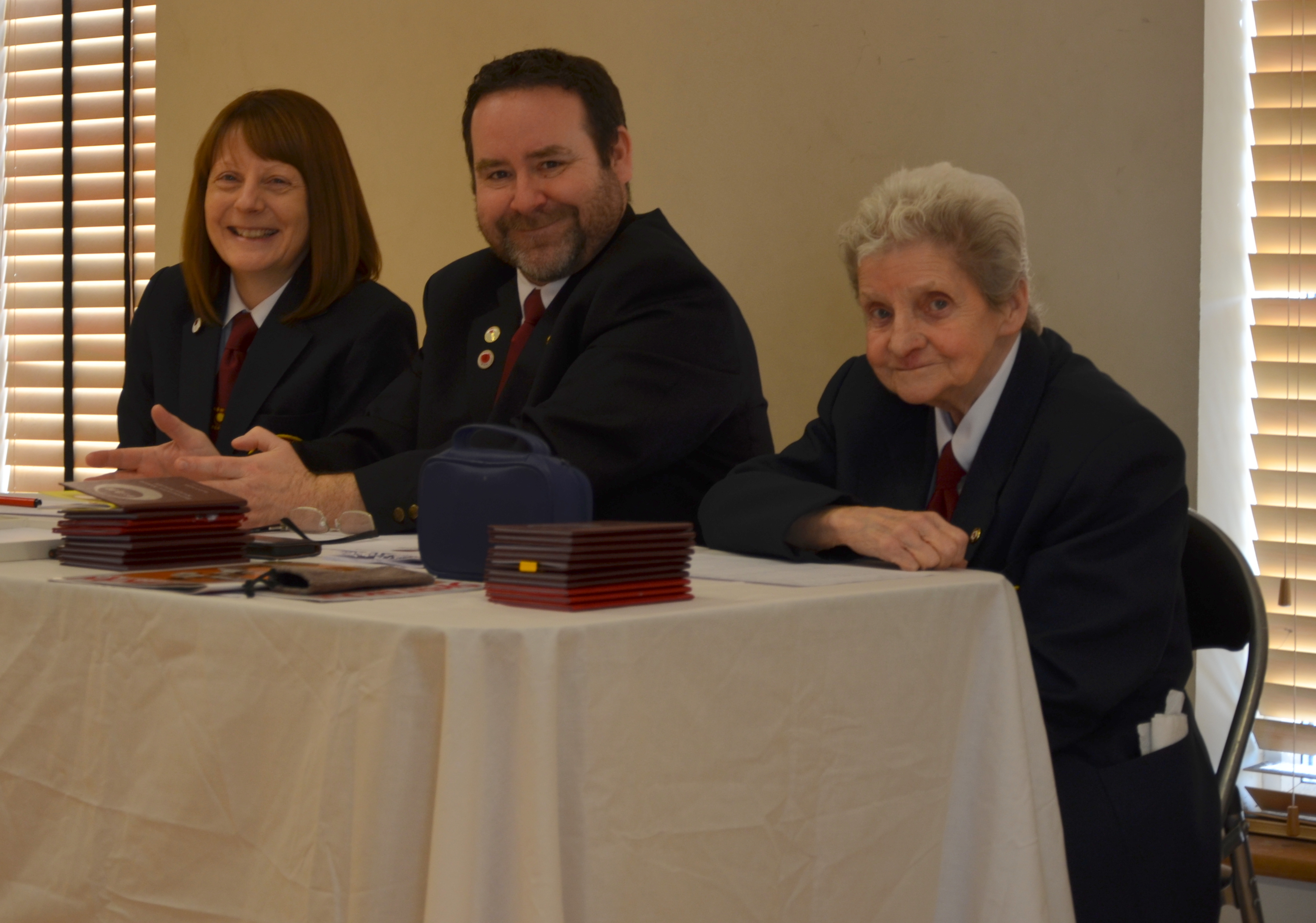 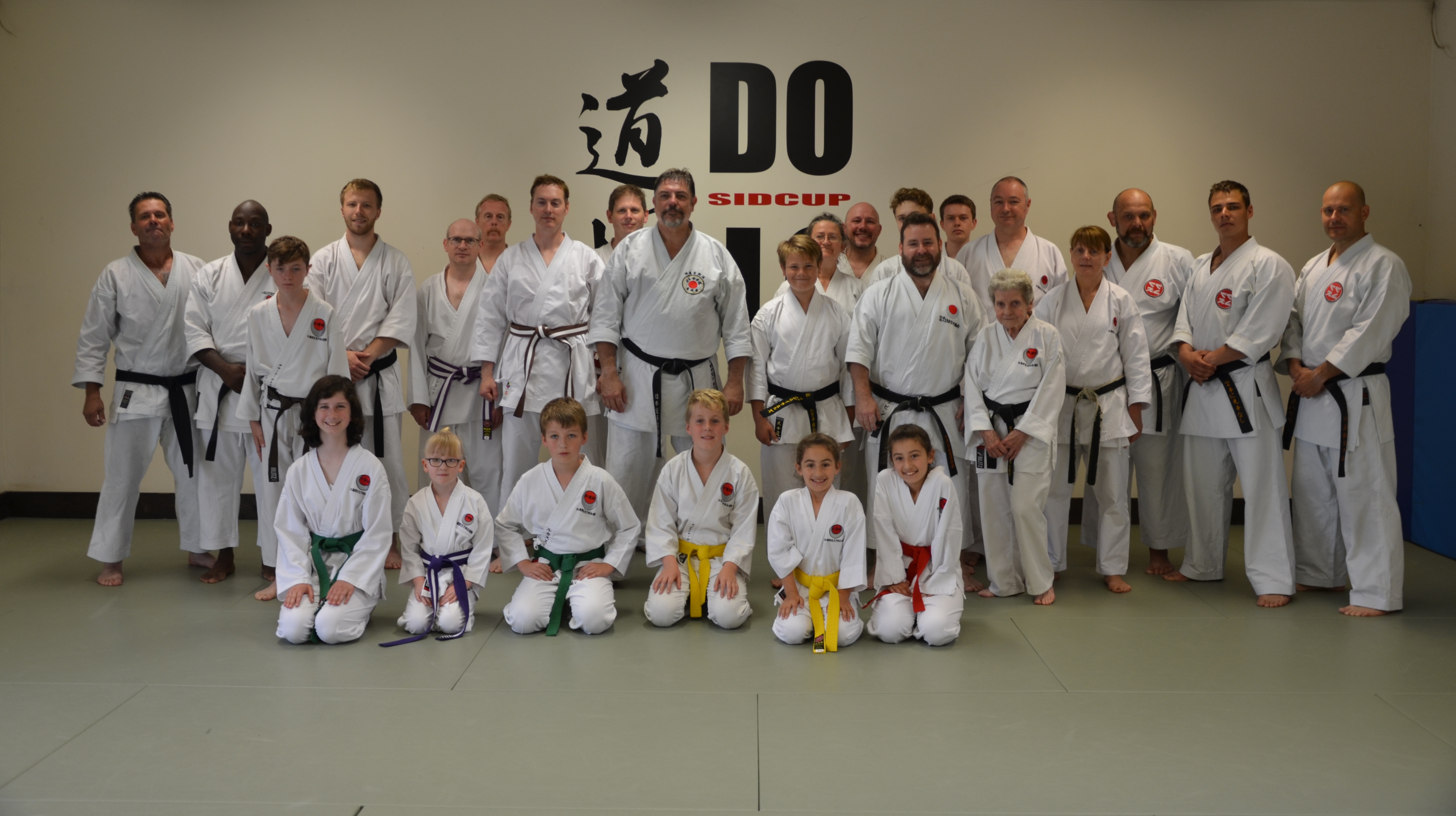